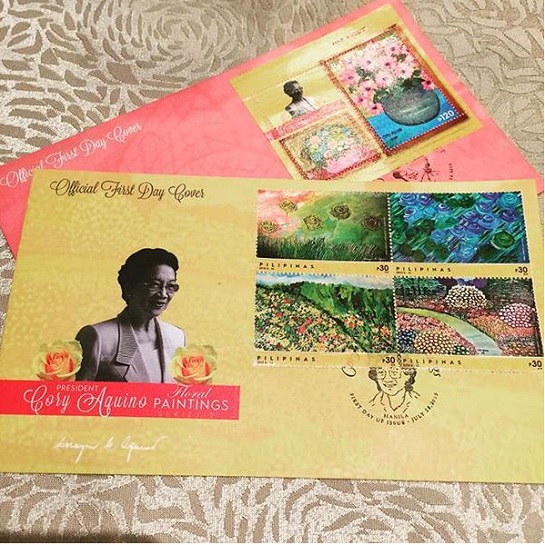 A second batch of special scented stamps featuring the trademark flower paintings of the late President Corazon Aquino was launched on 29th July 2015.The scented stamps are available in four designs printed in imported, unwatermarked paper.PhilPost said the stamps will be sold at P30.00 each. Four hundred thousand stamps have been printed so far. PhilPost will also issue 50,000 copies of a souvenir sheet of all four stamps at P120.00 each.

PhilPost launched the first series of scented Cory stamps that also featured her floral paintings last year. The agency said the series was its top seller among stamps offered on sale in 2014.