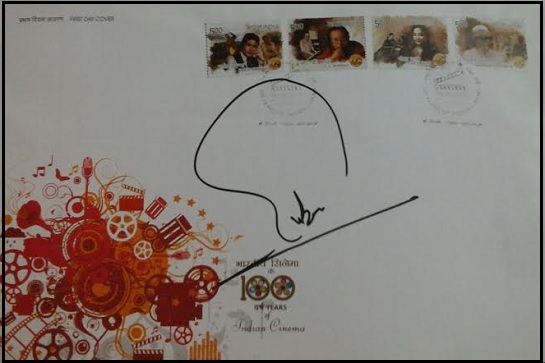 King of melody R.D.Burman’s 76th birthday is on 27 June.FDC  with cancelled stamps and autograph of persons closely related to R.D.Burman. FDC bears cancelled stamps of Rajesh Khanna (scored music for his 19 films),R.D.Burman himself,Geeta Dutt (who sung his first song) & Majrooh Sultanpuri (who wrote lyrics of his first commercial hit). The fdc is autographed by Oscar awarded lyricist Gulzar who was an integral part of R.D.Burman’s team during the 1980s.