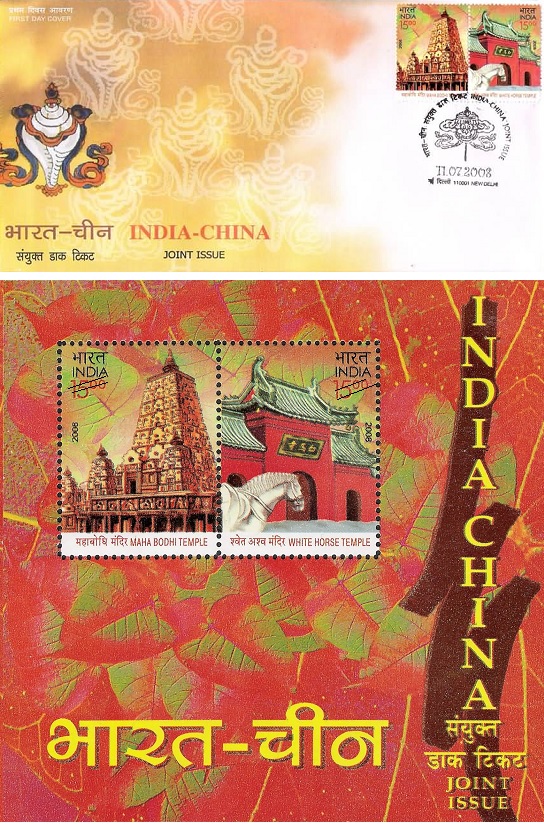 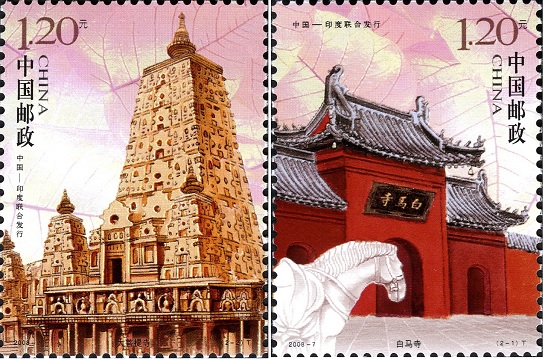 India – China Joint stamp was issued in 2008.India Post released this issue on 11 July and China Post on 6 June 2008.The stamps depicts White Horse Temple of China and Mahabodhi temple of India. . White Horse Temple was established in 68 AD, Luoyang, Henan province, after a dream of Emperor of the Hang dynasty, corresponding of the first appearance of Buddhism in China; referred now as the “cradle of Buddhism”. Mahabodhi temple is build in a place (Bodhgaya, district Gaya, state of Bihar, India – first century BC), where Gautama obtained the enlighten or Bodhi and became the Buddha.