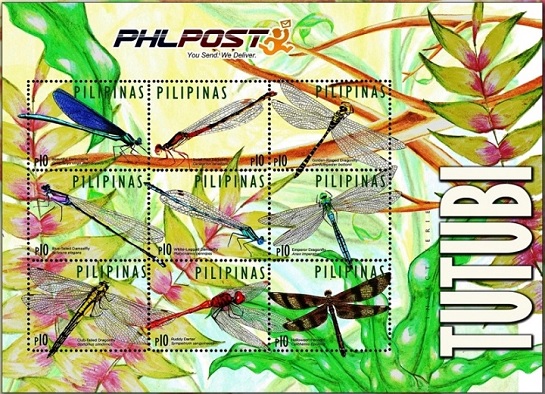 Stamps featuring dragonflies will be among the highlights of the 23rd corporate anniversary of the Philippine Postal Corp. PHLPost said the stamps featuring the insects—known for their strength and agility—launched on 6 April 2015.

PHLPost said the stamps are classified as “special” with a denomination of P10. Some 198,000 pieces have been printed by Amstar Co. Inc.