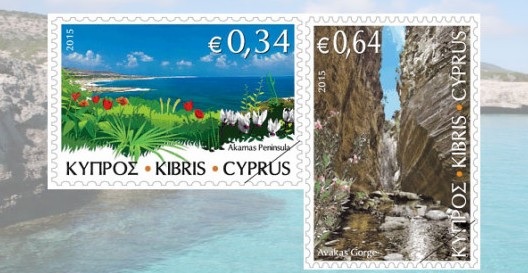 Almost all the geological formations of Cyprus can be found here, from narrow deep valleys, caves and islets to gorges such as that of Avakas, resulting in a real geological mosaic. For this reason the Akamas peninsula is endowed with a unique biodiversity, habitats and ecosystems.

Avakas Gorge:A masterpiece of nature, Avakas Gorge is situated in the unspoilt Akamas peninsula in northwest Pafos (Paphos). A trekker’s paradise, it offers spectacular views and a generous introduction to local flora and fauna, including the endangered centauria akamantis – an endemic plant found only in the gorge.

Carved out of limestone rocks, rising up as high as 30 metres and narrowing dramatically at one point, the gorge is a fairly difficult hike as the rough track winds its way along and over the stream that formed this natural wonder over thousands of years.