50 Year’s of The Curraghs Wildlife Park 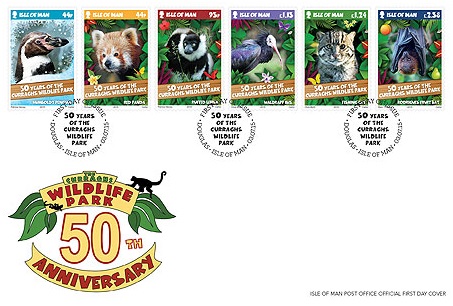 This park is one of the Island’s most popular attractions and to recognise the Park’s impressive work in animal husbandry and education that is so vital to the preservation of rare species and the awareness of future generations. The images throughout the issue are the work of the Isle of Man Photographic Society.

75 Year’s of The Battle of Britain 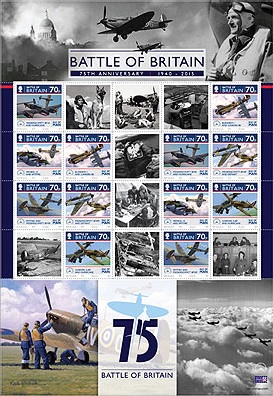 By the middle of June 1940, France had surrendered to Germany, leaving Britain to stand alone against the power of Germany’s military forces which had already conquered most of Western Europe. Hitler had hoped by this time that Britain would sue for peace but he underestimated the will and determination of Churchill and the British people. Britain’s situation was quickly recognised by members of the British Empire, who soon came to its aid with more reinforcements as they became available, and soldiers whose countries had been occupied by the Germans arrived to strengthen the squadrons of the RAF. The Battle of Britain was fought in five phases and commenced on 10 July 1940. Over the coming months Britain’s 54 squadrons with nearly 1000 fighters took to the skies in battle against the Luftwaffe’s huge air fleets of 1200 long range bombers, 1100 fighters and 400 dive bombers. Britain’s Fighter Command was made up of four groups which protected the South-East of England, Midlands and East Anglia.

Hundreds of lives were lost and Britain’s defences were on the brink of collapse. By early October 1940 Britain had managed to thwart the attempt at supremacy in the air and the last official day of battle, 31 October, turned out to be the quietest with not a single aircraft of either air force lost. The battle led to Winston Churchill immortalising the bravery of the British & Allied pilots in his iconic speech when he said: “Never in the field of human conflict was so much owed by so many to so few”.In the lead up to WW2 Britain’s Fighter Command’s Commander-in-Chief, Air Marshal Sir Hugh Dowding had created a unique air defence system with a chain of radio direction finding sites (now known as Radar) around the coast of Britain using a centralised control and reporting system which in the end enabled Britain to gain its air supremacy preventing German invasion.

The Isle of Man’s contribution to the Battle of Britain was one of significance. A higher percentage of its population was deployed to military service than any other British community during WW2. Included within this was legendary fighter ace RAF Group Captain Douglas Bader, who was raised on the Isle of Man. Bader, who had prosthetic legs having lost both his legs in an air crash in 1931, rejoined the RAF in 1939. In the final weeks of the battle the Manx public financed the build of two spitfires, “North Barrule” and “Manxman”, the latter which was given to Captain Bader who went on to down 24 German planes between 1940-41.