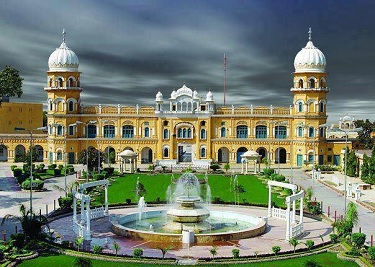 President of Bhai Mardana Yadgari Darbar Society S. Harpal Singh Bhullar and his companions have appealed in a written letter to the Prime Minister of Pakistan, Nawaj Sharif, to release a postal stamp with an image of Sri Nankana Sahib. It is notable that in 2006, a postal ticket presenting the image of Gurdwara Dehra Sahib Lahore was released by the then Prime Minister of Pakistan, Shaukat Aziz.

The body has also demanded to reinstate the project of Guru Nanak Dev Ji University in Nankana Sahib. It is notable that in 2001, Chairman of Aukaf Board Javed Nassar had also promised the install a big industry in Nankana Sahib. S. Harpal Singh Bhullar had also acquainted the Prime Minister with these demands by letter.They have also appealed to the Government to facilitate live telecasts of the Vaisakhi festival celebrations in Gurdwara Panja Sahib and Shaheedi Jorh Mela in Gurdwara Dehra Sahib Lahore on television channels.

It is notable that firstly a memorandum with these demands was submitted to the Secretary of Prime Minister at his residence in Lahore on June 29. But now the organization has sent the letter to the Prime Mister’s office in Islamabad.(Sikh24.com)