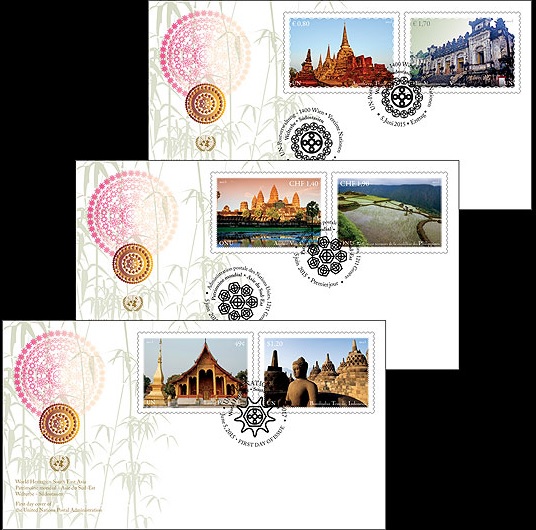 United Nations Postal Administration has issued a set of six stamps on south East Asian sites under world heritage series.underThe United Nations Educational, Scientific and Cultural Organization (UNESCO) seeks to encourage the identification, protection and preservation of cultural and natural heritage around the world. This is embodied in an international treaty called the Convention concerning the Protection of the World Cultural and Natural Heritage, adopted by UNESCO in 1972. UNPA is pleased to feature the 2015 World Heritage Series on six sites in Southeast Asia.