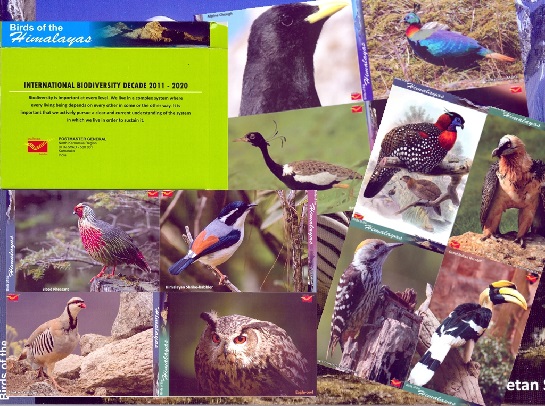 India Post North Karnataka Region (Dharwad) has released a set of 49 Picture postcards  on the theme Birds of the Himalayas to observe the International Biodiversity decade 2011-2020. 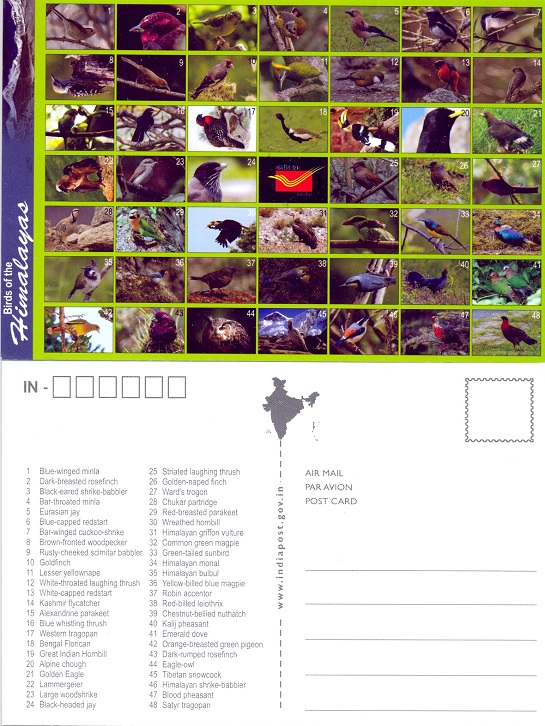 The Himalayas, is a mountain range which separates the Great Indian Plains from the Tibetan Plateau. This range is home to nine of the ten highest peaks on the Earth, including the highest,Mount Everest. The abrupt rise of the Himalayan Mountains from less than 500 meters to more than 8,000 meters in a few hundred kilometers has resulted in a huge diversity of flora and fauna. Nearly 1000 birds have been recorded in the Himalayas of which 15 species are fully endemic.