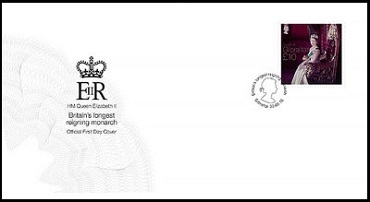 HM Queen Elizabeth II is at present the world’s oldest reigning monarch as well as Britain’s longestlived and longest-reigning head of state. To celebrate such an important achievement, Gibraltar is issuing its first ever £10 stamp featuring a photograph by Sir Cecil Beaton (1904-1980) taken in 1955.The stamps are printed with 22ct Gold and for the first time in history include ‘Queen of Gibraltar’ on a stamp.