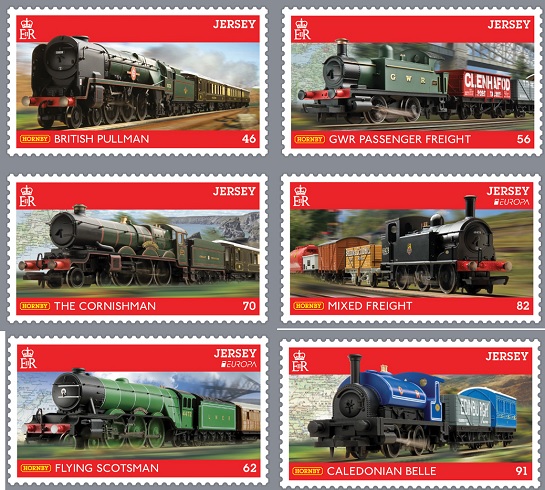 Jersey will release stamps on trains on 24th March 2015 under Europa series. Stamps depict toy trains. The train set continues to be one of the most loved and successful of all traditional toys and the most widely recognised brand of model railway is that produced by Hornby, a British company founded by Frank Hornby.

The trade association known as ‘PostEurop’ was formed in 1993 to represent the interests of national postal operators. It has 52 members in 49 countries, uniting them and promoting greater cooperation, sustainable growth and continuous innovation.